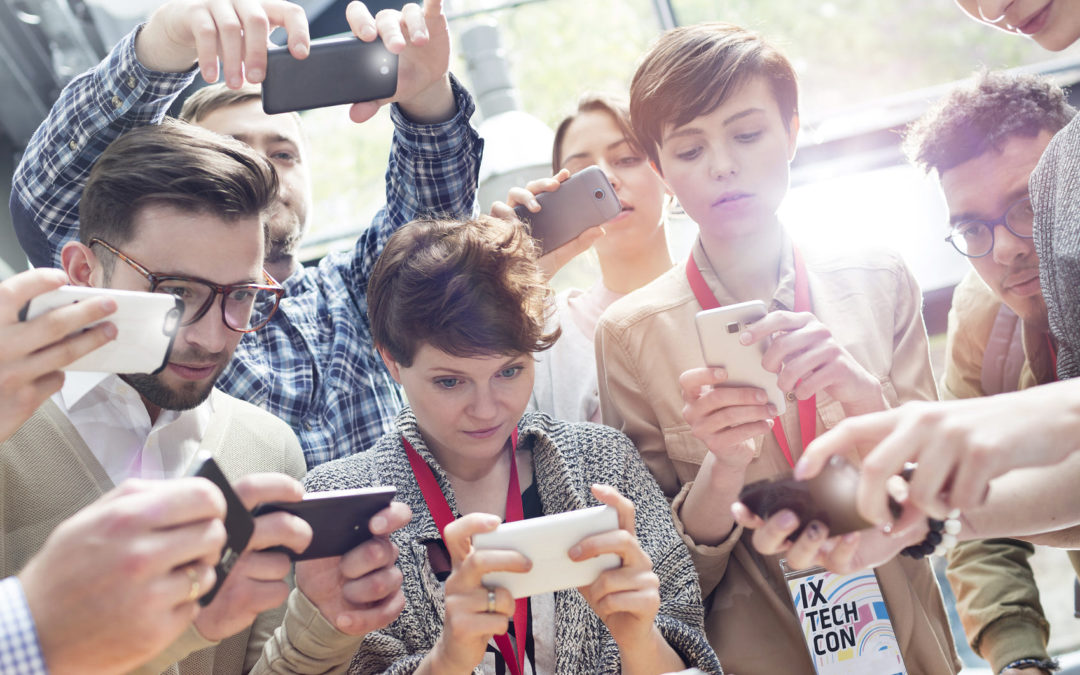 You can talk about digital transformation all day long, without a real commitment to reinvent your management, nothing will be achieved.

Here are a few steps to begin with.

1. Make a proper case for the need to change

There are two main reasons why companies engage in this type of approach:

Whatever the reason, questioning of management practices should not just be a passing fad as it is something that affects everyone in a company.  And the inefficiency of some collaborative tools becomes all too apparent when management is not 100% behind change.

In order to encourage people to buy in to new ideas, it is important to be as clear as possible about the reasons behind your proposed developments and explain what you hope to achieve.  Additionally, transparency is paramount as it encourages employees to become involved in the changes (as was done at Leroy Merlin with their ‘Vision’ approach).

Obviously, this can often provoke negative reactions from the most sceptical, but it’s better to face these reactions head on than continue to be moderate in your vision. From experience, people who choose not to adhere to new company visions (especially executives) usually end up with no alternative but to leave the company.  At Zappos, a new induction process was set up for new employees whereby they are required to attend a presentation about the company. After their first week, they are presented with a choice: to either stay at the company or leave and receive a one-off bonus of $2,000 (which they will not receive if they decide to resign at a later date). This practice aims to encourage new employees to decide for themselves whether their level of commitment is sufficient to support the operational and cultural ethos of the company.

3. Create a need for change

This step consists of allowing and encouraging staff to talk about well-known problems that are not usually broached (What prevents us from …? What are the difficulties we are facing?). In other words, companies need to invite employees to formulate and express their problems, dissatisfactions, objections or doubts and then respond to them appropriately, as was done at HCLT through its U & I system.

Some questions may well remain unanswered.  However, the most important thing is not necessarily to find the right solution but rather to turn problems into opportunities for improvement.

At this stage, the most important thing is to provide a dedicated space for staff to express and manage their problems and dissatisfactions, rather than let them be played out in the corridors or around the staff coffee machine.
To support this dynamic, the training of managers (through seminars or working groups) is paramount.  This training should focus on helping managers to adopt new stances and, more importantly, show them how to leave behind their dated ‘omniscient’ approaches and instead assume the supportive role of ‘manager coach’.  Free speech requires adopting two main qualities.  First of all, courage.  Managers are not used to receiving criticism or being challenged. However, criticism is not necessarily a judgement.  It can also be a new starting point.  We all need to accept that not everything is perfect, and that what may have been an asset in the past, could well be an obstacle in the future.

The second quality is humility.  This entails being accepting and encouraging management to accept that they don’t know everything. The myth of the omniscient manager is at the origin of many problems in companies today (demotivation of managers, problem avoidance, staff criticism, failure to accept responsibility for mistakes …). Having the courage to tell your team that you don’t know the answer but that you are willing to try and find a solution with them is, by my own experience, extremely liberating for everyone involved.

Solving problems and generating new ideas no longer needs to be based on models developed by renowned business consultants (they don’t exist any more, anyway).  Rather it rests on the ability of companies to foster, and place value on, idea generation.

Mobilising collective intelligence involves broadening the ‘scope for idea generation’ at all levels of a company.  It distances itself from the commonly held belief that only experts or managers have good ideas.Companies such as Orange, Google and Lego have encouraged innovation by enabling as many people as possible to express their ideas via dedicated IT systems, whether internal (IdClic by Orange, GoogleIdeas …) or external (IdeaStorm from Dell, Mindstorm by Lego …).

Often this stage can generate resistance from some management figures as initially they may feel deprived of their power of initiative or decision-making abilities. Such was the case for a large company whose CEO recognised an idea expressed by a technician who had shown the courage to question a manager’s project (and who subsequently made millions for the company).

Admittedly, not everyone will want to play the game but that’s not your goal. Your goal is to allow your allies, and those with ideas, to express themselves and involve themselves in your project. Don’t forget, your ultimate aim is to turn the 61% of ‘uncommitted’ staff in to ‘engaged’ staff. Leave your opponents behind. When the “critical mass of success” is reached, opponents of the new management culture will have no choice but to join in or resign. The strength of this collective is clearly superior to that of status.

Decompartmentalising a company, without changing the organisational chart, can be achieved by establishing “communities of commitment”. In other words, you mobilise your employees on a voluntary basis (essential) around a number of key themes, with the aim of strengthening links and sharing experiences around common assignments.  For example, as was achieved by SNCF with its ‘managerial community’, or by theSaône and Loire Firefighters Centre  with its ‘Territorial Intelligence Network’ (helping to solve problems without a known solution).  Additionally there are Facebook ‘experiments’ or the extra professional activities created by Accenture to increase conviviality in the workplace.

In addition to decompartmentalisation, this approach makes it possible to reinforce agility by bringing together willing staff members. It represents a great opportunity for those companies that may otherwise be hampered by individuals that are resistant to change.

Reinvent your management: the real reasons we are not already doing it.

While most companies will admit that they are seduced by some or all of these innovations, the vast majority will actually retreat back in to their shell when it comes to reinventing their own practices.  This can be for a variety of reasons, including:

The Human Resources Director – a major player in management innovation.  But how?

If innovation is traditionally entrusted to the R & D department, then change management, workplace reforms, and managerial revolution, traditionally fall to those working in human resources.  This has certainly been the case for social/societal accountability and, more recently, for psychosocial risk management.

However, while HR professionals will have always received support with regard to changes in social legislation (the Framework Agreement on Work-related Stress, the obligation to carry out professional career development interviews with staff every two years …) and transatlantic work concepts (SWOT analysis, SMART objectives, re-engineering, etc.), the same can not be said for management innovation developments.  Quite the opposite in fact.  This is mainly due to the fact that any proposed changes have to be analysed on an individual company basis, and depend largely on the gap between where the company is and where they want to be.  Obviously this is always going to be different from one company to the next.

In the beginning, challenging current practices is always going to be taken badly by some management figures.  For example, some won’t like seeing changes in their levels of authority, some won’t like other people having a say in how they do things, some social partners will fear their representativity may diminish to the detriment of management-employee relationships, some quality control managers may oppose going against traditional ‘quality’ values, planners might feel their nose has been put out of joint when tools they have spent years developing are suddenly cast aside, and some legal experts will declare a ‘code red’ if anyone dares to question the labour law, collective labour or company agreements.

In short, these changes will undoubtedly be the most difficult an HR director is ever likely to face, quite simply because it goes against many century-old, deeply rooted management paradigms. Should human resource functions be entrusted with steering these changes, it should not be in an ‘expert’ capacity (as will have been the case with job classification, competency frameworks, evaluation approaches).  On the contrary, their role should be in an advisory capacity, to help create the right conditions for cultural reform which, in turn, will allow them to bring together, encourage, facilitate, support and value successes and bring perspective to failures.

HR directors will need to be exemplary in their leadership, and eventually step aside for managers to become ‘masters of their own ship’ and ‘ambassadors’ for new democratic and collaborative practices. In order to drive this transformation, they will need to be both bold and humble, enthusiastic and patient, structured yet flexible, and above all inventive.  But is this not what their role has always been about?