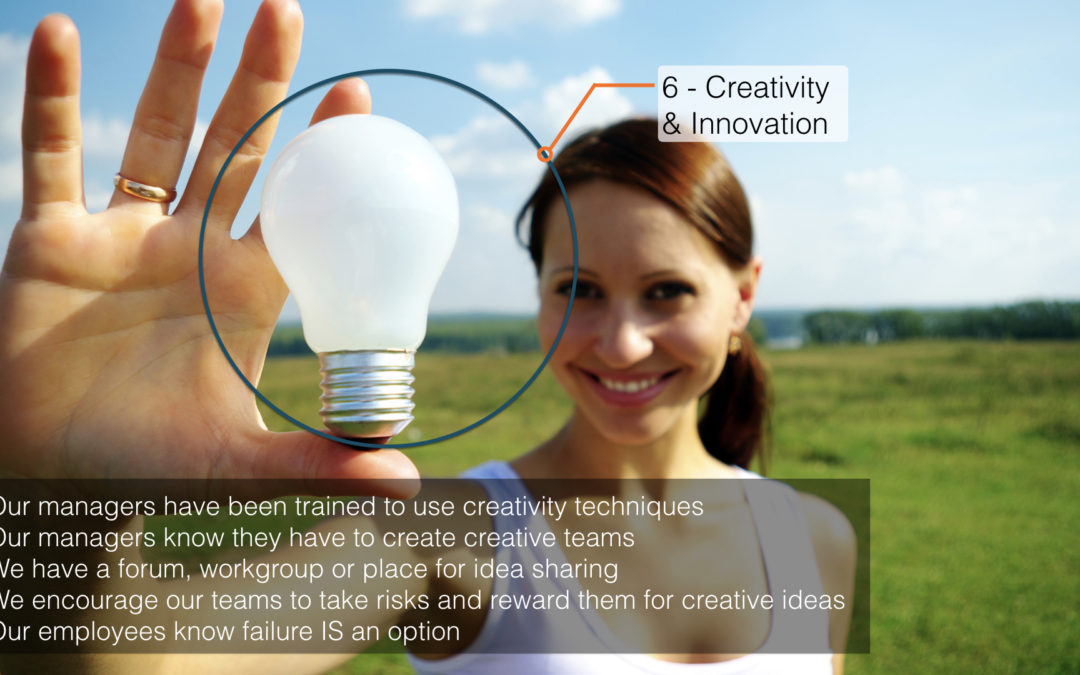 “The difficulty lies not so much in developing new ideas as in escaping from old ones”.  J-M Keynes
“My manager never comes back to me about the ideas I put forward”, “I’ll just take my ideas elsewhere, somewhere we’re not just expected to follow like sheep”, “OK, I get it.  I won’t bother putting forward any ideas any more, because my manager just passes them off as their own”, “They keep asking us to be more innovative, yet they don’t give us any time to reflect”.   Everyone knows that innovation is the key to being able to differentiate oneself from the competition.

Those in charge advocate boldness, creativity, ‘out of the box’ thinking, yet they never change their management style or practices.  Many have implemented different platforms to allow staff to express ideas, yet management rules remain restrictive and staff opinions are often judged by experts according to their own personal experience, rather than presenting ‘weak signals’ or emerging trends.  Is risk control truly compatible with boldness?  Why is innovation still entrusted exclusively to those working in research & development?  What is stopping companies from allowing other staff to get involved in idea generation?

Innovation is a spatio-temporal approach

Finally, the less rigid you are in your framework, the more likely you are to find serendipity (i.e. find ideas you weren’t looking for or by mistake, like the post-it note, the microwave oven, or penicillin).  As strange as it may sound, the best ideas often come to mind when you’re not looking for them…..

Three examples that may help you to encourage creativity and innovation