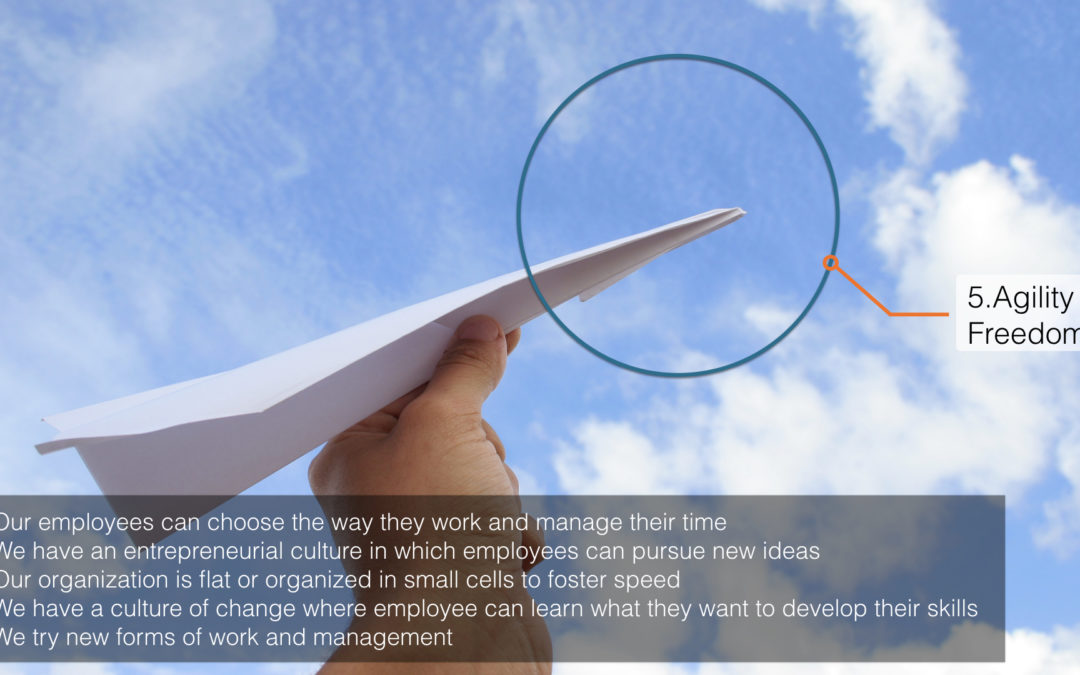 “Sorry, sir, I am not able to answer your question, the head office makes those decisions and I’m not party to them”, “We’ve always done it like that, why change now?”, “This is Versailles, the staff don’t really have any autonomy.  All decisions are taken by the Board of Directors”.  Most companies today are still organised according to the good old-fashioned principles of Taylorism, in other words structured according to job type and with a centralised decision-making body, intricately developed job descriptions and strict company procedures governed entirely by those in charge.

What some managers don’t seem to grasp is that while this methodology may be suited to a linear and predictable world, it’s actually counterproductive in today’s complex, constantly evolving and unpredictable society.

100% quality, cost control, risk management….when workplaces are governed by inflexibility, formality (rules, procedures, forms….) and strict monitoring and reporting tools, it may guarantee some kind of conformity, but on the flip side it generates rigid administrative processes that serve no purpose other than to slow down company responsiveness. What’s worse, those who do want to free themselves from these ways of working have no choice but to admit they are helpless in this regard due to the multitude of standards imposed on them, either by the State, their sector or their customers (ISO, procurement contracts, CSR, solvency, Basle agreements…).

Yet the difference between competing companies nowadays is largely based on their ability to be responsive, even proactive.  What companies need to do is break free from dated management methods and instead focus on common-sense (by concentrating on value-creation activities), simplicity (by reducing the number of procedures and non-value-adding activities), resourcefulness (by learning to do more with less, being less constrained), structure modification(being either product- or customer-focussed) and staff autonomy (mobile working, home working…).  All these things help to drive results, by restoring a sense of worth to the workplace and mobilising staff according to shared values.

Three examples of how you might achieve greater agility and freedom