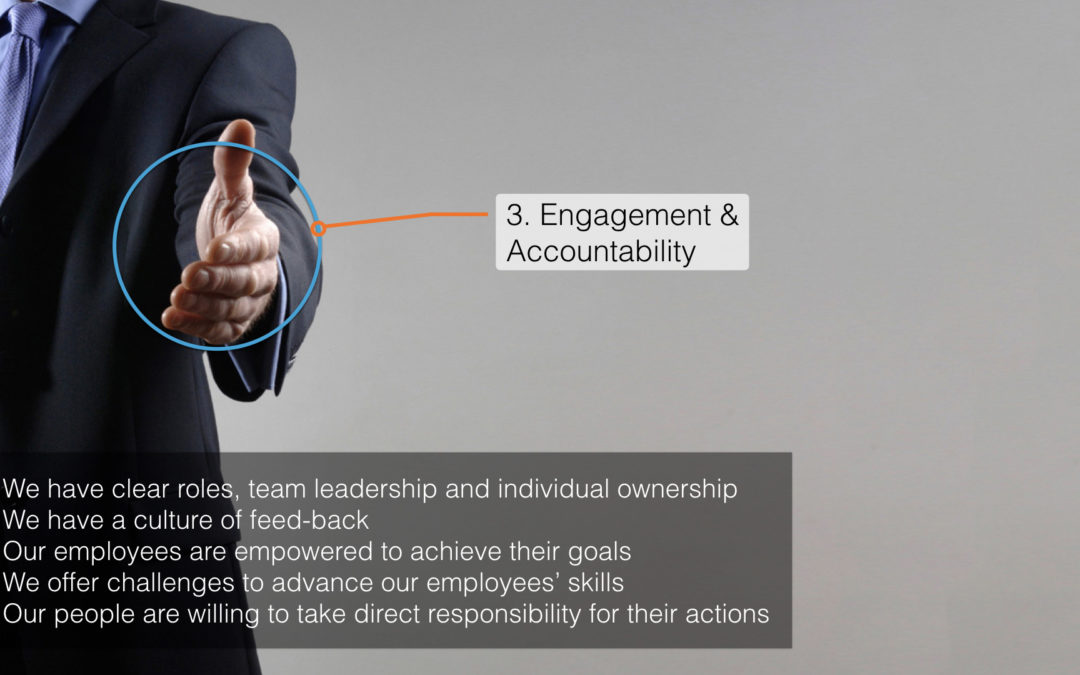 “The best executive is one who has sense enough to pick good people to do what he wants done, and enough self-restraint to keep from meddling with them while they do it” - T. Roosevelt

“It’s not my job”, “I’m not paid to do that”, “I told you it wouldn’t work”, “It’s the accounts department’s fault”…… So many sentiments that serve no purpose whatsoever except to undermine those managers who fail to understand why their staff are not as invested in their work as they are.

Does professional consciousness belong in the past?

According to an international Gallup survey, about 11% of employees describe themselves as ‘committed’ (motivated, willing), 61% as ‘uncommitted’ (they just do what they’re told) and 28% as ‘actively disengaged’ (these people have a very negative view of the company they work for and may even go against the company’s interests if necessary).  These figures have changed very little in the past 10 years.
A sense of responsibility goes hand in hand with commitment.  In other words, I feel responsible for what I have decided, not for what has been decided for me.  The truth of the matter is, it’s actually very rare for staff to have the freedom to make their own decisions about their aims and objectives.  Rather they are tasked with thinking about ‘how’ they might achieve them rather than ‘what’ they are (they are usually pre-defined by managers).

As long as employees have no say in defining what is asked of them, our management systems will remain at the undeveloped end of the scale.  Managers, like good fathers, will continue to reward success and punish failures, non-compliance and professional shortcomings, whether that be by withholding rewards or implementing some kind of sanctions or punishment.

And it’s precisely this fear of being ‘punished’ that hinders accountability.  The ‘sword of Damocles’ is all too often a source of tension between managers and employees.  The ‘zero failure’ and ‘100% quality’ cultures we are trying to create are the very things which are putting employees on the defensive (it’s not my fault!).  Whereas if we were to value mistakes (providing they weren’t purposeful or repeated) we could instil a culture of continuous improvement (provided a climate of confidence had been created prior to this).

Three examples of how you might strengthen commitment and empowerment.